Let’s Stay Together: Retaining Customers in a Post-Pandemic E-Commerce World How to Build a Modern Loyalty Program in 2022

Rising prices and ongoing supply issues put brand retailers on the defensive in 2021. Amid shifting goalposts and a quickly evolving retail environment, more marketers are now working to turn their existing loyalty programs into modern membership-based programs that drive long-term relationships with a focus on members themselves.

Customer Loyalty: How to Build Lasting Relationships with Online Shoppers

In their hurry to attract new shoppers, online businesses easily lose sight of the importance of keeping existing customers satisfied. And while you do certainly need to expand to grow, nurturing customer loyalty can be more affordable and effective in numerous ways. Brand loyalty is changing, and it might not necessarily be for the worst. Despite dire predictions earlier in the pandemic that consumers would be more likely to opt for alternative brands, a new survey by the location intelligence firm Ubimo paints a very different picture. In a nod to just how mainstream blockchain technology and cryptocurrencies like Bitcoin and Dogecoin have become, 44% of people now say they’d like to receive loyalty rewards in the form of digital assets. By offering digital currencies as an alternative to cash-back rewards, retailers are helping their programs stand out and bringing curious shoppers back into their stores. As the country reopens and consumers step outside once again, brands are beginning to reimagine their loyalty programs for a post-pandemic world. That means pivoting away from strategies that rely on third-party data and providing more customers with relevant experiences in owned digital channels.

According to McKinsey, more than 75% of consumers tried new brands, places to shop, or methods of shopping in 2020. The reason? Product availability was high on the list, but so were price and the availability of promotions. Now, as the vaccine rollout continues and states work to get back to normal, brand marketers are finally coming up for air and looking at how they can adapt their loyalty and rewards programs for the post-Covid world. Providing an outstanding customer experience can be your most powerful and cost-efficient marketing strategy. In a business world where dozens of other companies sell the same products and services as you do, creating an environment where customers enjoy dealing with your company will help your brand stand out from the rest. Technology has made it easier than ever for e-commerce businesses to sell to global markets, and shoppers are growing more accustomed to making purchases regardless of geographical borders. What customers still demand, however, is a shopping experience that is localized and relevant to their own cultural preferences, including method of payment. How Marketers Should Prepare for an Abnormal Holiday Season

Marketers overuse the word “unique,” but the adjective actually applies to this year’s holiday season. Consumer-facing brands and retailers have not faced such an adverse economic environment for more than a decade, and they have never grappled with a Q4 in which driving customers to their stores came with daily, life-or-death stakes.

I spoke to Michele Marzan, chief strategy officer at MainAd, about these holidays’ unprecedented challenges and unexpected opportunities. Online ordering and curbside pick-up became an essential service for everyone from major retailers like Home Depot and Target to restaurants and small specialty shops. Bookstores began delivering orders without a delivery fee. Even car dealerships have had to rethink their entire sales model, with many moving the full customer experience online.

While these business transitions were driven by the pandemic, the new consumer buying trends — and the business measures put in place to adapt to them — will likely become a permanent fixture even as the economy enters a recovery phase. Despite Covid-19 Environment, Brick-and-Mortar Retailers May Have an Edge

A new survey of more than 1,400 U.S. consumers indicates that more than half are shopping less often and three-quarters are spending less at their favorite stores. That’s not surprising. What is surprising is what the research showed regarding opportunities for retailers to compete against the sheer competitive threat Amazon represents, and that includes the positive impact mobile couponing can have not just for online purchases but to drive in-store traffic as well. It has been an especially hard few months for small businesses, many of which will never reopen or will take months – if not years – to recover financially from the shutdowns and reduced patron numbers.

Despite the challenges, there are very real opportunities for sustained growth during this time. To survive and thrive during this next period, local businesses must deepen their customer relationships despite having fewer resources available. While it may sound like a conundrum, this actually presents a significant opportunity to deliver a personalized customer experience and drive loyalty. 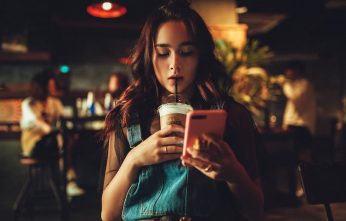 Companies investing in existing user engagement are smart to do so. According to mobile monetization and marketing company ironSource, the average global cost to acquire a single paid install from an individual user in 2020 is $2.24 — which adds up quickly when you start to scale into thousands or hundreds of thousands of users.

So, while it’s important to keep spending on acquisition, retention and retargeting, informed by smart audience segmentation, are perhaps even more essential to ensuring app marketers are monetizing all of their users. Why Consumers Want Coupons — And What Kind They Value Most

Amid ongoing reports of consumer fatigue with coupons and declining coupon redemption rates, there is a ray of hope for retailers—mobile coupons. While consumers have a wide range of preferences in terms of their mobile engagement, CodeBroker’s mobile consumer research, based on input from more than 1,500 consumers around the country, offers one takeaway that applies to the masses: Mobile couponing works. There are a variety of reasons that this is the case. By most measures, it appears that retailers have a tough road ahead of them. While deep investments into ecommerce and steep discounts on existing merchandise are expected, many retailers are exploring other avenues in a bid to connect with customers and offer a sense of assurance during the pandemic. Mobile messaging platforms are being utilized in new and unexpected ways. With open rates close to 100%, texting has become the communication channel of choice during the ongoing pandemic.

Here are seven examples of ways that retailers are using mobile messaging to connect with customers during Covid-19. Brands Struggle to Keep Up When Promotions Explode in Popularity

When the Popeyes Chicken Sandwich was released last summer, the effect on sales was almost immediate. Customers filled Popeyes locations and waited in long lines to get a taste of the buzzy new sandwich. A Twitter feud between Popeyes and Chick-fil-A caused those lines to grow even longer, and the viral frenzy ended up draining the supply of “little chickens” to the point where a nationwide shortage ensued.

For GSD&M, the agency that handles Popeyes’ social media, the rollout was initially seen as a huge success. From a logistical perspective, though, it quickly turned into a nightmare as Popeyes struggled to keep up with demand.

Loyalty in the Time of “Near Me” Searches, Omnichannel, and Covid-19

In addition to the opportunities and challenges that come with an omni-channel commercial ecosystem, 2020 brings to businesses the challenge of mobile search, which leads people on the go to search for “X near me” and pick the closest possible option. The new year also brought, as hardly anyone would’ve predicted months ago, an impending recession as a result of the Covid-19 pandemic.
I caught up with Nicole Amsler, vice president of marketing at loyalty tech firm Formation.ai, to garner her insights on loyalty strategy this year. Customer retention is usually faster and costs a lot less than acquiring new customers. By putting your customers through the funnel, you’ve already done the hard part. To keep the momentum going, it’s important to create a set of initiatives that increases customer value, encourages further purchases, and fosters brand ambassadors to promote your company.

Experiential marketing through events helps brands achieve these goals. The aim is to create memorable experiences that engender high degrees of loyalty. Here are four ways you can leverage event marketing to retain your customers. Restaurant chains like Wingstop, Domino’s, Panera, and Round Table have created their own skills to make it easier for people to place orders through voice assistants like Amazon’s Echo and Google Home. But before voice ordering can truly disrupt the restaurant industry, restaurants have to find ways to reduce the friction and eliminate the kinds of errors that lead to the wrong orders being delivered.

Here’s how some of the country’s top restaurant chains are overcoming the challenges associated with voice ordering and developing more frictionless customer experiences.