The acquisition creates what Reveal describes as the first ad tech SaaS platform to provide attribution reports for online-to-offline, offline-to-online, and offline-to-offline marketing campaigns. The company will be bringing Mira’s entire team onboard. Years of rising demand for ridesharing services came to a full stop this spring, as coronavirus spread and communities across the globe were put under lockdown. Now, as ridesharing services like Uber and Lyft begin inching their way forward toward a new normal, they’re looking at how to adapt to the completely new environment in which they find themselves. In Times of Crisis, There’s Still Value in the Gig Economy

The pandemic-driven economic shutdown is also affecting the estimated 57 million Americans who make their living, or supplement their income, as members of the gig economy. While some freelancers and side hustlers may feel secure, full-time gig economy drivers certainly do not. Covid-19 has numerous implications for the gig economy, including some that will last even after all the dust settles. Let’s sort through them.

Google’s sister site Verily launched a site, albeit with logistical difficulties, to help Bay Area residents find testing options, and Verily isn’t the only tech company facing or alleviating coronavirus concerns. As a possible recession looms, consumer spending dips, and employees are sent home for public safety, some vendors are stepping in to help workers weather the storm. Others are boosting small businesses, hiring and increasing pay for workers, and suspending precarious services. Ride-hailing giants Uber and Lyft are teaming up with restaurant delivery service DoorDash to fight California’s AB 5, a law that would force gig-economy companies that survive on contractor labor to register their drivers (or dashers) as employees and offer them benefits, Vox reported.

The coalition, the Protect App-Based Drivers and Services campaign, is attempting to place a referendum on the 2020 California ballot that would give voters the choice to exempt ride-sharing services from the law. That would presumably include DoorDash, which is not a ride-hailing service but essentially iterated Uber’s business model, employing drivers to escort food instead of passengers from A to B on demand.

The landmark California gig economy bill that may force companies such as Uber, Lyft, and DoorDash that employ thousands of drivers as independent contractors to hire those people as employees became law today. Democratic Governor Gavin Newsom signed the bill.

If the bill does ultimately affect Uber, Lyft, DoorDash, and other companies in the so-called gig economy thriving on venture capital for the last decade, it will severely disrupt their business models, which rely on cheap labor. Uber and Lyft are already losing billions of dollars, and long-term concerns about whether they will ever hit profitability have endured, making for relatively weak runs on the public market. If the companies cannot come close to profitability with cheap labor forces without benefits, having to treat drivers as employees could pose an existential threat. At the very least, it may require Uber and Lyft to slow down expansion and rein in their ambitions, suggesting that the heyday (or hallucinatory days) of Web 2.0 could be coming to a close. Marketers know that in a world of globalized competition, consumers are one click away from choosing a different product or service. Taking a stand can help brands appear righteous and earn consumer loyalty, which is why brand safety scandals necessitate a massive and speedy PR response. However, responding to or apologizing for such scandals can only be perceived as authentic the first time around—not the second time, and definitely not the third. The endless cycle of brand safety scandals reveals one of two things about today’s brands—they’re either lemmings, or they don’t really care about brand values. LBMA Vidcast: Octopus Ads in Ubers and Lyfts, Walmart and Google Team Up on Voice 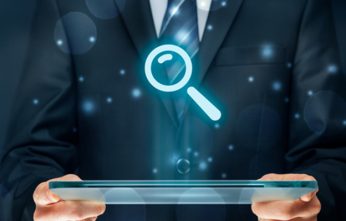 A roundup of today’s big stories in hyperlocal publishing, marketing, commerce, and technology… Email Lures Back E-Shoppers With Abandoned Carts… Ad Tech Vendors Are Pitching Themselves to Publishers as Subscription Saviors… Facebook Lets Advertisers Target Users Based on ‘Sensitive’ Interests…