Apple surprised the local search world last month when it announced local business reviews in Maps. Similar to its other search-based efforts, Apple formerly relied on partners like Yelp for local listings and reviews. But now, as part of its broader data-driven Maps overhaul, it will phase in original content.

Much has been written about this within the local search publishing world and analyst corps, including my colleague Stephanie Miles’ article on how brands can prepare for Apple Maps reviews here on Street Fight. So in the interest of treading new ground, what less-discussed clues lie in Apple’s recent mapping moves that can triangulate its direction?

How Are Brands Preparing for Native Ratings in Apple Maps?

A foundational element of local marketing strategy could be changing. Rumors began circulating last week that Apple would be giving users the ability to add ratings and photos to local business listings on Apple Maps when iOS 14 releases this fall. That could mean big changes are in store for brand marketers who’ve grown accustomed to monitoring reviews and ratings on a core group of third-party platforms.

Apple’s move into the ratings and review space isn’t totally unexpected, but it’s still causing the local marketing community to question how the update will impact local search and discovery. What does “Mapping the Future” entail? As a primary tool for consumer local search and discovery, mapping continues to undergo UX innovations and structural changes. We’ll examine these areas as well as mapping’s interplay with local search and SEO strategies.

Though mapping is more of a Street Fight staple than a trending topic, market signals indicate that the timing is right. In fact, we already got started last month with a look at Snapchat’s moves into local mapping — not just UX upgrades to Snap Map but also self-serve advertising for local businesses. Making a big splash in privacy, the ongoing story that has dominated location data-based marketing buzz in 2019, DuckDuckGo, the search engine that does not store user data in order to sell pricey ads, announced that it is using Apple’s MapKit JS to power searches. While the search engine’s results are sought out by far fewer users than search industry leader Google’s, the growth DuckDuckGo is experiencing further validates the impression the tech media has practically been screaming about this year: The winds on privacy are definitively changing, and data-driven companies that fail to heed those changes are in for quite a storm.

As Apple relaunches Maps, I’m eager to see underlying map data improve, but I’d be even more interested if I knew Apple had a roadmap to improve the local data layer. Here are some things Apple should do if the company truly wants to move beyond its second-place status in local. 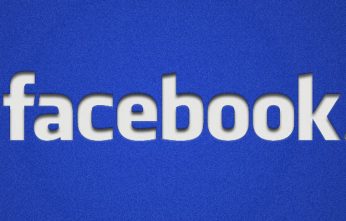 A roundup of today’s big stories in hyperlocal publishing, marketing, commerce, and technology… Facebook Launches Events App… Gap Between Online and Offline Commerce is Shrinking… How the Shift to Mobile Has Impacted Local Search and Display Marketing… I’m impressed by the level of detail and by some key differentiators that make Maps.me seem like a fresh approach to mobile navigation. Indeed, I can see the app eventually finding favor in the U.S. marketplace. Even before that happens, local marketers should take note. A roundup of today’s big stories in hyperlocal publishing, marketing, commerce, and technology… Apple is Opening Up Siri, Maps, and Messages to Outside Development… Snapchat Launches a Colossal Advertising Expansion, Ushering in a New Era for the App… Google Pairs Facial Recognition with Location Tracking, Potentially Boosting Available Location Data… Scaling the Neighborhood: A Community Focus for Local Services

So far, digital services, even those focused on local, have done more to atomize local communities than unite them, training us to rely on anonymous resources for the information and recommendations we used to get from our friends and neighbors. As 2015 draws to a close, here’s a look back at some of the Street Fight stories that captured your interest this year. We look forward to bringing you more great content, research, and events focused on the connected local economy in 2016! Apple has established a new standard for conducting “nearby” searches, thanks to an enhancement to the Apple Spotlight search functionality. This moves the consumer down the path to purchase in a few significant ways, including proactive local search content and results that change by time of day.

Most local businesses and search marketers have focused primarily on their visibility within Google Maps. With Apple’s iOS 9 now available, it’s time they focused their attention on Apple Maps as well. Businesses that don’t may soon fall behind competitors. With New Software, Apple Looks to Bring Together Local Search and Commerce

Apple showed off updates to its three operating systems Monday, announcing improvements to Apple Pay, Maps and Passbook that have implications for the local search and commerce sectors… A roundup of today’s big stories in hyperlocal publishing, marketing, commerce, and technology… Report: More than Half of Offline Retail Sales Now Influenced by Digital, Mobile (Screenwerk)… Pinterest Unveils Flurry of Ad Products, Names Monetization Exec (AdAge)… Why APIs Will Save Your Business From Getting “Uber-ed” (Fortune)…