Although the forecast is relatively rosy, retailers are competing for every dollar. Many are taking a more strategic approach to capitalize on pent-up shopping energy than they did last year. Let’s take a closer look at what we can expect from the 2021 holiday season, including best practices for maximizing sales. The GMB name change brings with it a fair degree of uncertainty. Google may be retaining, for instance, the model of an API that helps partners manage listings for both SMBs and larger brands, but if the company is simultaneously building out a snazzy new interface for those same multi-location brands to manage Google profiles on their own, does this fact represent an existential threat to listing management companies? Each month, Street Fight sources expert insights from the businesses in our ecosystem on our theme. This month’s theme is the Hybrid Holidays, and our experts share their takes on taking advantage of partnerships, navigating Covid, and optimizing for holiday grocery preferences. How to Apply User Psychology to Web Design Don’t Wait For a Cookieless World: Here’s How to Act Now

While Google’s delay in killing third-party cookies may seem like a sign to call off the forces and take a break from the rush to find a cookieless alternative, the reality is quite the opposite. Businesses need to act now or risk being left behind. Businesses can prepare for a cookieless future by focusing on the key problems driving privacy changes and exploring contextual targeting as an alternative to behavioral tracking. With a nimble approach and adaptable strategies, marketers this year can keep up with shifting consumer behaviors and find opportunities for innovation throughout the 2021 holiday season. Aside from being prepared to pivot, there are a few campaign tactics that will help marketers make the most of this e-commerce-driven holiday season. Fortunately, marketing automation technology can remove many of the repetitive tasks that can lead to employee burnout or dissatisfaction. Read on to learn how marketing automation can improve employee wellbeing by reducing the mundane tasks that impact job satisfaction, increasing the accuracy of campaigns, and allowing marketers to focus on high-level strategic and creative initiatives. Each month, Street Fight sources experts insights from the businesses in our ecosystem on our theme. This month’s theme is the Hybrid Holidays, and our experts share their takes on navigating supply chain concerns, taking advantage of mobile, and building trust with customers. Why Affiliates and Influencers Are Critical to Business Growth

With modern consumers trusting traditional advertising methods less and less—combined with consistent cost increases across other digital channels—it is more important than ever for businesses to leverage new, more trustworthy, and cost-effective channels. So if you have yet to invest in your partnership channel this year, now is the time to shift your thinking, and here’s how. The initial launch of the GMB API in late 2015 allowed partners to maintain listings in near-real-time and at a much greater scale than was possible before. Now we’re in the midst of another sea change. Since the beginning of 2021, the API has been undergoing a complete overhaul from the ground up, a change that, once completed, will leave us with a totally different architecture that is more flexible and capable of much quicker iteration. This means, in all likelihood, that Google My Business as it is used by partners and the businesses who work with them will be able to move faster to fix issues and release new features. Why Are We Still Talking About Bias in AI?

Rather than delegating AI ethics to one specific team, ethics should be part of everything your organization does. A data ethics business foundation can help keep businesses accountable and encourage their employees to recognize inequities and act on them in real-time. What Location Data Tells Us About Post-Pandemic Tourism

Data-driven insights have become crucial as the world prepares to reopen and drive growth to key travel destinations. Every single consumer segment has had to change their lifestyles and adapt to a changed landscape. This increases the urgency of collecting timely data to inform decisions as opposed to relying on past wisdom.

Each month, Street Fight sources experts insights from the businesses in our ecosystem on our theme. This month’s theme is the Hybrid Holidays, and our experts share their takes on mission-driven messaging, customer-driven strategy, the blurred B2B-B2C divide, and consumer preferences. 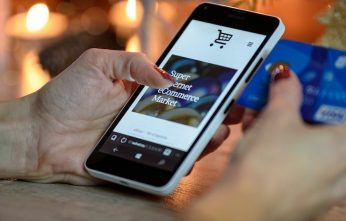 Shoppability is the New Black

But like many Covid-driven trends, shoppable content has been accelerated by shifting circumstances. And now it’s on a collision course with the holiday season. This means that the companies that are positioned to capture that spend will reap the rewards this year. We’ve seen much jockeying in the ad tech world for this very reason. Instead of relying on tedious workarounds or shaky inferences, marketers can build zero- and first-party data experiences that let customers tell the brand explicitly what kind of personalization they want.