As Amazon continues to mature, it needs to find revenue growth in new, creative places. The company’s booming advertising business is one such conquest. Iterating on the AWS playbook by bringing tech-fueled logistical innovations to physical stores could be another. AR fuses the digital and physical. So, could it assist in the vexing and longstanding challenge of closing the online/offline gap? We’re starting to see signals that it might. Welcome to Street Fight’s new Innovation Brief series. On a semi-weekly basis, it aggregates and analyzes happenings from across the technology and media spheres. This week, we look at text-to-order QSR, Microsoft’s Discord ambitions, and Boston Dynamics’ latest. Running an emerging tech-driven digital agency, Maher is on the front lines of marketing innovation for brand clients like Panera and Bolle. For both of those campaigns, there was a local component, including Panera’s in-store AR integrations and Bolle’s local activations at Dick’s Sporting Goods.

To anticipate the upcoming Street Fight Summit and Maher’s speaking role, we sat down with him for his view on the drivers and dynamics of digital marketing. Here’s our dialogue with Maher on the biggest brand marketing trends and value drivers he’s tracking. How Will Retail Redefine Itself in the ’20s?

This post is the latest in our “Disrupting Retail” series. It’s our editorial focus for the month of February, and you can see the rest of the series here.  One positive phenomenon of the Covid era has been accelerated digital transformation in traditional sectors. This could be a blessing in disguise, as sectors like retail could […] One of the emerging technologies driving innovation amid Covid is AR. For example, its ability to add real-life interactivity to e-commerce gained traction in 2020. This could extend to a post-Covid world of “touchless” retail for in-aisle virtual product interaction. What’s the Fate of Location Intelligence in 2021?

The biggest thing we predict is location intelligence sector consolidation. This has already gotten started in 2020, considering Foursquare’s merger with Factual, and smaller deals like X-Mode’s acquisition of Location Sciences and Near’s recent Teemo acquisition. Climbing Pokémon Go revenue is mostly from in-app purchases, where players pay for digital in-game elements to accelerate their leveling up. But Pokémon Go maker Niantic is also looking to diversify its business model with other revenue streams — most notably, local advertising. Spending hasn’t declined — it’s just shifted. One of the themes we’re seeing is that the standouts of 2020 are those who have shifted with it. We’re talking here about a broad definition of e-commerce — not just ordering things online, but any digital or mobile purchase.

For example, in local commerce, these digital fulfillment models include mobile order-ahead functions in QSR and coffee. They also include curbside pickup for physical goods. And in an even broader sense (and looking forward), they will include touchless or cashier-less retail in a post-Covid era of physical retail. Heard on the Street

The appetite for gaming has inspired ad tech players to maximize interactivity through, among other methods, the gamification of advertising. Gamification and other interactive features can breed deeper levels of engagement, response, and brand recall. Snap continues to make moves in local commerce. Historic steps include geo-filters, while more recent activity includes Local Lenses and business listings in Snap Map. These features are notable on their own, but they get more interesting when you view them together and extrapolate to Snap’s local road map.

For example, Snap has more 13-34-year-olds active than any other channel, including Facebook and Instagram. This essentially means Snap can offer SMBs incremental and non-duplicated reach to an attractive audience. 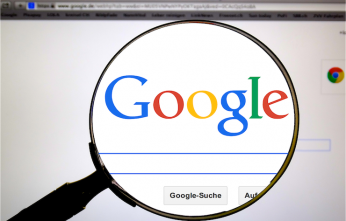 Google continues to double down on visual search and navigation. Its latest move came last week with updates to its Live View visual navigation to help users identify and qualify local businesses. This follows soon after its Earth Cloud Anchors that will let users create digital content on physical places.

Both developments tell us something about what may well be the future of local search: augmented reality-enhanced visuals. Heard on the Street

Heard on the Street, Episode 57: Streamlining the Digital Ad Stack

What can one learn through a combination of the Peace Corps, CPA training, and the ad tech world? On Street Fight’s Heard on the Street Podcast, we often talk about the virtues of “cross-training” in a given career path. Perhaps no one embodies that principle more than VRTCAL founder Todd Wooten. But one of the less-discussed technologies in the Covid-advantaged bucket is self-serve mobile restaurant ordering. The idea is that ordering and paying from your table can reduce server interaction — which has Covid and non-Covid benefits considering it can save diners’ lives and their time. Entering Q4 means many things, but to us it points to the media and commerce world’s annual culmination. That’s right — in this time warp of a year, we’re entering the holidays. Considering the oddities of 2020, what will this year’s holiday season look like? We know for sure it will not be normal.

Answering that question will be Street Fight’s October editorial focus. Branded with the cheeky title “Home for the Holidays,” (title credit: Damian Rollison), this month’s focus will be defining the holiday shopping dynamics of a socially distanced and sheltered-in-place world. What will be different? When we return to shopping in physical stores, will that look different? It’s hard to imagine there will be as much much merchandise handling as before. Will it be a “touchless” environment? And if so, which technologies will power the touchless future?

Let’s dive into a few candidates. Apple surprised the local search world last month when it announced local business reviews in Maps. Similar to its other search-based efforts, Apple formerly relied on partners like Yelp for local listings and reviews. But now, as part of its broader data-driven Maps overhaul, it will phase in original content.

Much has been written about this within the local search publishing world and analyst corps, including my colleague Stephanie Miles’ article on how brands can prepare for Apple Maps reviews here on Street Fight. So in the interest of treading new ground, what less-discussed clues lie in Apple’s recent mapping moves that can triangulate its direction?