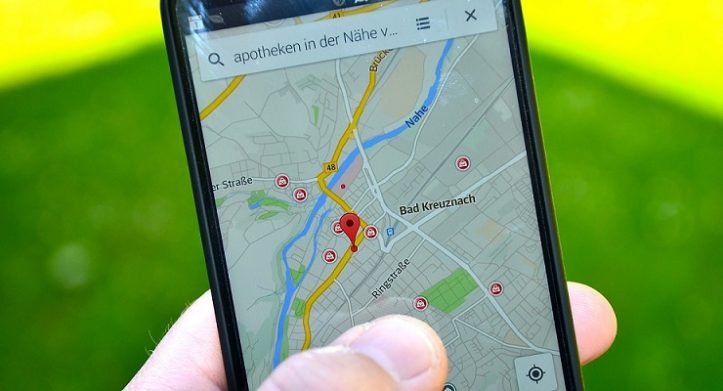 This post is the latest in our “Mapping the Future” series. It’s our editorial focus for the month of June.

One of the fundamental sub-sectors of the broader local commerce world is mapping. Ruled over the past 15 years by Google Maps, it’s become the standard way that consumers find and discover things around them. But though it’s mature and established, it’s somehow also undergoing rapid evolution.

There’s been ample activity to revolutionize the mapping front end with things like 3D navigation. Google Live View is leading the way, as it wants to future-proof Maps and appeal to the visual-first Snapchat generation. But its not alone as other tech giants continue to nip at its heels for consumer-mapping market share.

The latest mapping innovations can be summed up in the announcements coming out of the last three major developer conferences. As we’re in the midst of developer conference season, this includes Google I/O, Snap’s Partner Summit, and Apple’s flagship WWDC. Let’s tackle those one at a time.

I Break for Google

Google will apply machine learning and navigation data to better inform drivers proactively about dynamic traffic conditions. Specifically, it would like to lessen “hard-braking moments” — those times you’re surprised by sudden traffic slowdowns and have to slam on your brakes.

A similar planning utility will be offered by the new “area busyness” feature. This builds on busyness ratings that Google already provides for businesses, informing searchers about times they’re likely to be busiest. It now does the same for entire neighborhoods or events (think: street fairs or farmers markets).

Using similar technology, Google will customize mapping experiences for each user’s unique variables, such as location or time of day. So if it’s noon on a weekday, a user may see lunch spots dominate the map, while morning hours may highlight coffee shops. If you’re traveling, you may see landmarks.

Next on the list of updates is Live View, which is Google’s AR navigation feature mentioned above. The latest updates make the feature more accessible. It can now be launched directly from the map interface (as opposed to within navigation functions) to explore surroundings in a more visually intuitive way.

This means users can activate Live View directly from the map to see graphical overlays that reveal information about storefronts in view. These overlays can include standard listings from Google My Business, including business name, hours of operation, reviews, photos, and busyness rating.

As for Snap, mapping continues to be a product-development initiative for the social company. The thought is that social interaction is tied to the real world to a meaningful degree. So if Snap can add layers of social relevance based on where you are, it can deepen user connections and engagement.

This was behind Snap’s 2017 acquisition of Placed, which it eventually spun out for other reasons. Snapchat has since shown considerable interest in making social mapping a thing. This includes Snap Map, which 250 million people use to connect with friends — and businesses — in the real world (Covid notwithstanding).

With that backdrop, what’s the latest from Snap Map? The most significant of its latest round of updates is a new organizational construct known as “layers.” Think of this as different data sets in the map that you can toggle on and off, depending on your interests. Layers will develop around things like fast food or coffee.

Layers will be compiled using Snap’s signature partnering approach. It will acclimate users to layers through featured sets of new content from designated vertical partners. For example, a Ticketmaster layer will highlight local events, while a layer from The Infatuation will reveal local food items that are trending.

But the next likely play will be to distribute layers on a broader scale through APIs. This would let Snapchat scale up the creation of layers by crowdsourcing it to various startups. That would also broaden the use cases to several points of interest, which in turn boosts Snap Maps engagement and grows its user base.

This all took a step forward at this week’s WWDC conference, as noted. There, Apple announced finer levels of mapping detail in commercial districts as well as elevation and stylized landmarks. The latter gives more personality to waypoints such as the characteristics of the Statue of Liberty or Golden Gate Bridge.

Apple also rolled out updates for in-car navigation, including color coding for things like turn lanes. And for transit riders, Apple Maps now offers personalized alerts so you don’t miss your train. But perhaps most prominent of all of Apple’s updates is AR navigation in urban areas. This follows Google’s lead from Live View.

Specifically, Apple Maps can now activate 3D navigation in urban areas through an upheld smartphone. This can be more intuitive than looking down at a 2D map and mentally translating it to 3D space. And as it develops — again, like Live View — it could add informational overlays for storefronts, making it a local discovery tool.

Add it all up, and mapping continues to push forward with accelerated innovation. And the timing could be right. As we all emerge from Covid-induced hibernation, we’ll need tools to better navigate and transact IRL. It seems that Google, Snap, and Apple are attuned to that opportunity and are gearing up for post-Covid action.