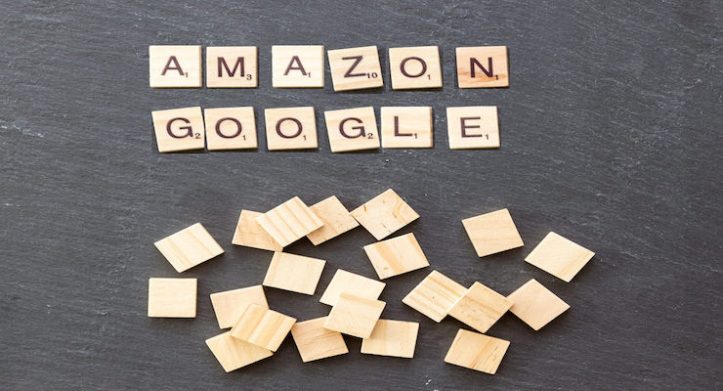 Two of the major policy complaints to arise about the technology sector over the past few years have been that advertising platforms, most notably Google, Facebook, and Amazon, compromise user privacy and that a select few companies — the aforementioned names plus Microsoft and Apple — are so powerful that they prevent new innovators from competing. An open letter by privacy-oriented enterprises alleges that the two issues are intertwined.

The letter writers, including browser Vivaldi and a dozen other companies, say the size of Big Tech is part of the case for banning surveillance advertising.

“In the surveillance-based advertising model, a few actors can obtain competitive advantages by collecting data from across websites and services, and dominant platform actors can abuse their positions by giving preference to their own services,” the letter states.

Let’s explore each of these problems, whether they’re necessarily related, and why the potential link matters.

The so-called surveillance problem is well known. It is primarily a complaint about behavioral advertising, which targets internet users with marketing campaigns based on intimate details such as their search history, location, and even their feelings. As Shoshana Zuboff famously argues, Google pioneered surveillance advertising in the aughts, penetrating deeper and deeper into consumers’ private lives and helping businesses monetize that information. Facebook followed, and now Amazon’s leading the charge, too.

Beyond the basic model of marshaling personal information to develop ads, critiques of surveillance advertising focus specifically on the covert ways companies collect and monetize data. Surveillance advertisers often collect data with little transparency and by coercing users into agreeing to long and incomprehensible privacy policies. In addition, users often lack a clear and accessible option to opt out of data collection, data selling and sharing, and the marketing predicated on their personal information.

These latter, and narrower, elements of surveillance advertising — precisely how it is conducted — are what data privacy laws in the US and Europe have targeted to date. That is, the laws do not proscribe behavioral advertising writ large. Rather, they allow it to continue but compel its practitioners to be clear with consumers about what they’re doing and to give consumers the chance not to participate in the system — to the limited extent that opting out of the dominant mechanism of the 21st-century economy is possible.

As the dominant digital advertisers, Google, Facebook, and Amazon are the obvious targets for a critique of surveillance advertising. But what’s provocative about the anti-surveillance letter is that it ties the privacy issue to the size of those players (without explicitly naming them).

Essentially, by tying the privacy issue to the antitrust issue, the critics of surveillance advertising argue that surveillance and monopolies constitute a self-reinforcing circle. The size of the big players gives them more access to consumer behavior and thus begets surveillance; in turn, surveillance on a massive scale begets ever more entrenched market dominance.

It’s easy to see how unchecked market power and surveillance reinforce one another. Anyone familiar with ad tech knows that scale is crucial: In order to target customers and prospective customers more effectively, advertisers need a tremendous amount of data, not only to develop profiles on specific users and target them but also to develop models that assess what kinds of messages work on what kinds of users and at what times and places.

The tech giants have more access to consumer data than their smaller rivals, not to mention greater capital and in-house talent. This scale advantage is how Amazon rapidly built a digital ad business to rival Google and Facebook’s, adding a revenue stream to complement its cloud computing and retail windfalls.

Of course, there are counter-arguments to the case for thinking about surveillance and antitrust in tandem with each other. For one, surveillance and the advertising on which it is predicated could exist without Facebook or Google in their current forms. If Google were split into chunks, we’d likely end up with a bunch of smaller, well, Googles: the same surveillance companies fragmented into an array of less individually menacing players.

Think about the possibility that antitrust regulation could lead to Google the search company as a separate entity from YouTube the digital video company. Both would continue to be surveillance juggernauts. The result would be a major coup for antitrust advocates, but it is unclear that breaking up Google would drastically change the privacy equation.

In addition, the Big Tech firms can argue that their size equips them to handle various issues about which regulators are up in arms. This argument has been made about content moderation, for example — it’s Facebook’s massive size that it allows it to employ legions of people to identify and remove harmful content — and I can imagine it being made for privacy, too. Theoretically, the giants could leverage their size and talent to survive without surveillance or implement more transparent methods of data collection — Apple has sought to differentiate itself by doing just that, making privacy a cornerstone of its brand.

Color me skeptical, though, about Google, Facebook, and Amazon’s appetite for doing the same — piecemeal changes like Google’s nixing of third-party cookies are much likelier than a fundamental shift in the business of surveillance. And, of course, Apple’s leadership on privacy isn’t pure benevolence; the company doesn’t have an existing surveillance business that it would have to scale down in order to lean in on privacy.

Why it matters: the problem with privacy legislation divorced from antitrust legislation

Thinking about the link between privacy and antitrust concerns illuminates the risks of legislating on privacy without considering the market power of the tech companies targeted by fresh regulation.

Perhaps counter-intuitively, the advantage that size confers upon Big Tech in the surveillance market will only grow stronger as privacy regulations tighten.

As consumer data gets harder to collect, Facebook, Google, and Amazon will retain their massive access to consumer data. It’s all the smaller players dependent on data sharing who are likely to suffer from new laws banning covert tracking and the passing around of data.

Why Are Brands Struggling to Track Influencer Campaigns?