Then vs. Now: 10 Years of Local Search

David Mihm and Mike Blumenthal offer their take on a decade in local search. Among other topics, they take stock of Google’s dominance.

Mike: Now, it seems that the battle to become the hegemon of local has been signed, sealed, and delivered by Google not just in the US but worldwide. Their well-played hand with Android seems to have been the push they needed. And they managed to gain a totally dominant position IN SPITE of the Google Plus fiasco, which started around that time.

David: Google Plus! I’d honestly forgotten about that debacle already. In our little corner of the world, the fact that Google could waste all those years, person hours, and billions of dollars developing Google Plus and still ascend to its current position in local search shows you just what a colossal opportunity Facebook has missed in this space. The Path to Agency Scale: Product, Sales, or Both?

David: I’ve been thinking quite a bit about our product mix at ThriveHive recently. And in particular the segmentation of the various offerings of our newly combined GateHouse/Gannett company by customer budget.

It has surprised me, frankly, that so few agencies seem to go to market with the essential digital marketing bundle for local businesses you and I proposed exactly two years ago. In re-reading that article, I’d still give the same advice today and with even more urgency based on the rollout of Local Service Ads. 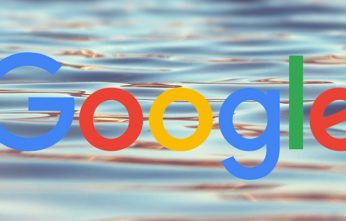 Are Google’s Many Broken Features Reflections of Google’s Style?

Mike to David: To some extent, the Google “method” of release quickly, break often, iterate, and finally reject or accept a change collides very directly when it interfaces with the much slower-moving real world.

David: This speaks to our ongoing antitrust discussion and whether business harm is a justifiable prong on which to spear Google. Volatility is one thing, but a broken utility is another. And realistically, because of Google’s market position, small businesses have nowhere to turn when that utility is flat-out failing on fundamental levels.

The Ghost in the Machine: Google Gamifies Machine Learning

David Mihm to Mike Blumenthal: As for our Halloween topic, a spooky good SEO, Scott Hendison, tweeted a link over the weekend that I found fascinating: https://crowdsource.google.com. Even for those of us who are used to these kinds of initiatives coming from Google, it’s the most brazen public effort we’ve seen to train their machine learning algorithm via user contributions across a whole range of data types.

Mike: It is certainly brazen. There is NO attempt to bury this as an activity within some other program like their Captcha. It’s a gamification of their ML plain and simple, and if I know Google, the reward will be either insignificant or worse: a discount on some “premium product” (i.e., an ad). Blumenthal to Mihm: Obviously AI/ML vis-à-vis image recognition is going to play a huge role going forward in terms of discovery and conversion. But I would have to add that it is also critically important to Google as a way to engage the user in “immersive search” behaviors. That is, drawing the user deeper and deeper into Google so that they never feel the need or desire to go someplace else. This will further seal off the walled garden of local discovery search.

You can see this in the new search by photos feature where the user is led into a grid of visual business choices and ultimately served up the Local Finder via the View list link or, if they click on an image, a business profile. But to get to the phone number, the user had to totally commit to diving deeper into Google. Blumenthal: Google Maps is/has become the primary discovery tool in many categories. That is a significant shift of which agencies and owners need to be aware.

Mihm: Yep. I’m not sure I would even have had our ThriveHive data science team look for this data point specifically had you not tipped me off. But sure enough, across our dataset of nearly 20,000 GMB Profiles, we found that Maps impressions outweigh Search impressions by nearly 3:1 (72% to 28% over the last 18 months). Google Accelerating Its Path to the Transaction Layer of the Internet

Mihm to Blumenthal: Our mutual friend and Local U speaker Cindy Krum has long highlighted Google’s ambition to become the “presentation layer of the internet.”

It’s been apparent for the last four years that they want to take that one step further and become the “transaction layer of the internet,” as we’ve discussed in this space before.

A little birdie told me that you’re seeing that ambition accelerate. Blumenthal: I was able to look at reviews per month since 2015 for a large number of restaurant locations across the sites that are now common in the restaurant industry. Interestingly, Yelp’s and TripAdvisor’s review volume is roughly the same now as it was in January 2015, while you can see that Google’s review volume is now roughly 10x that of either of those two sites. And Google was receiving fewer reviews per location per month than either Yelp or TA in early 2015.

There is an interesting but not totally obvious point on the slide where Google’s review volume starts to take off and that is April 2016. For those of you who don’t track Google minutiae quite the way that I do, that was the month when Google finally separated reviews from Google Plus and no longer required a Plus profile to leave a review. GrubHub or GrabHub? Thoughts on the Latest Predatory Industry to Target SMBs

“Growth hacking” along these lines is enough to gag a maggot, but there is the more “benign” approach of Google that says, “Let’s add an order button to every restaurant for the ‘benefit of the customer’” that is equally reprehensible. The business is effectively paying a searcher “head tax” to the food delivery companies on brand searches where the consumer just wanted to get the restaurant phone number, and the searcher was offered a big order button that is so much more convenient to click.

In Google’s case, it would be a simple matter to provide the local restaurant the option to turn off the Order CTA in the dashboard. Instead, if a business complains to Google, they foist them on the delivery service for resolution. (Or not.)

The History and Value of Citations, or Citations are Dead, Long Live the Citation

Mihm to Blumenthal: Setting aside the fact that the vast majority of calls you receive from non-Google directories are from salespeople, if you’re paying for an expensive citation service with analytics, compare the non-Google numbers to your GMB Insights. It’s going to be a drop in the bucket.

It’s time that every brand, regardless of size, ask itself whether going beyond Google, Facebook, and maybe Yelp is worth paying any premium.

If a tree falls in the citation forest and no customers are there to see it, not only does it not make a sound, but Google doesn’t care that it fell.

Mihm: The engineering mindset that millions of spammy listings in a corpus of hundreds of millions of legitimate listings worldwide, or a (hundred million?) spam reviews in a corpus of billions of legitimate reviews worldwide, are simply “edge cases” that are beneath Google to prioritize reflects a profound lack of empathy for how their technology impacts fellow human beings — both consumers and especially small business owners and their employees.

Blumenthal: Absolutely agree. And a related problem is that they see customer service in the same context: as an engineering/cost-benefit problem to solve, not as a way to improve their product. As such they see the last 5, 10 or 15% errors in their big data solutions as just a cost of doing business that they have no responsibility to solve. At a minimum, as the company that has the monopoly in the local space, Google faces the expectation and responsibility to provide a service that truly serves the public and businesses. And they seem to forget that. Google Antitrust: Is It Enough for Yelp?

Mihm to Blumenthal: I’m not averse to the idea of the government regulating Google’s practices in Maps or local search, but it feels like rewarding Yelp in particular is not going to bring consumers any particular benefit, nor will it meaningfully benefit small businesses, as Elizabeth Warren seems to indicate is a primary goal of her plan.

If anything, Google has gone out of its way to help small businesses compete in its search results with the introduction of the local pack and the Venice update, whereas small businesses continue to rate Yelp as poorly as any company in tech. Who’s Winning the Reviews Race? How Do We Define Winning?

In their latest Street Fight conversation, Mike Blumenthal and David Mihm examine the state of the local reviews space and assess the reasons for Google’s dominance. “For me, the question of the future is whether Google’s behaviors will impact the remaining vertical sites over the next 10 years,” Mike writes. Beyond SEO: How to Reframe the Local Marketing Conversation

“I am looking for a language framework that helps business understand that the idea of ranking only makes sense in the context of not just getting more customers but also keeping them. While businesses might want a floodgate of leads, there are many things that they could be doing that would be cost-effective and productive,” Mike Blumenthal tells David Mihm in their latest Street Fight discussion. Brand Building Beyond Reviews: Is the Local Marketing Ecosystem Ready?

“I think it makes more sense for a small business to buy ‘brand building’ that includes some community events and link building than for that same business to buy SEO,” Mike Blumenthal tells David Mihm. Find out what tech tools can build a local brand and why David disagrees partly with Mike’s suggestion.

Blumenthal to Mihm, on lead gen spam: The real issue for me is that Google Maps is really like a public utility, and Google is not doing enough to protect the consumers of that product. There is significant harm in the deception of the consumer, the blocking out of legitimate businesses, and the possibility that the consumer public will lose trust in the whole, creaky house of cards. From Zero-Click SERPs to Rabbit-Hole SERPs

Mihm to Blumenthal: Answer Optimization and Zero-Click SERPs seem to be gaining traction as concepts in the SEO industry, but as you pointed out in our previous conversation on this topic, Google’s moving well beyond simple answers and into journeys. Cindy Krum highlighted several examples of these new search journeys, which as I saw her presenting struck me as “rabbit-holes.” 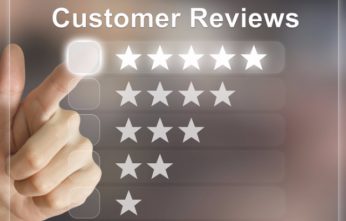 Increasingly, Your Brand Is Its Reviews

Mihm to Blumenthal: The famous Jeff Bezos quote comes to mind: “Your brand is what other people say about you when you’re not in the room.” Increasingly, the room is not a physical place but a virtual one—and it’s not a place you own. Reviews really bring the need to run a decent business at your core into stark relief. What’s the Relative Impact of Google My Business vs. Websites on Conversion?

Blumenthal to Mihm: The consumer is on a journey and is close to making a decision when they are seeing you on Google. Whether they make it at the Business Profile on Google or at the website, it is imperative that your profile at Google has enough information to confer trust. Otherwise, the end user will just move on to the next profile and never make it to your site.