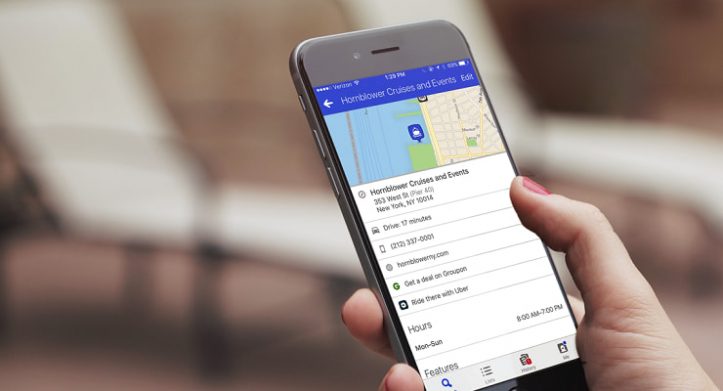 Where Location Intelligence Stands as Foursquare Founder Steps Back

Foursquare founder Dennis Crowley announced that he is stepping back from his full-time role as executive chairman and head of research and development. Crowley will remain on the Foursquare team as a board member, co-chairing with Factual founder Gil Elbaz.

Foursquare embodies better than any other company the evolution of the location marketing and intelligence space. What started as a quirky social network dependent on consumers ‘checking in’ to local businesses transformed into a full-blown engine of customer experiences, marketing tools, and business insights.

In a parting statement, Crowley said Foursquare had endeavored to render check-ins obsolete by crafting technology that would record location data on the fly and enable companies to create experiences based on that information. And indeed, today, Foursquare’s location intelligence powers attribution, geo-contextual experiences, ad targeting, and more for many of the world’s largest enterprises.

“Foursquare is better positioned than any other location intelligence player because it’s maneuvered its way to the most extensive location data network,” said Street Fight contributing editor Mike Boland. “That’s happened through a combination of M&A as well as developer tools that allow apps to location-enable themselves. The latter has given Foursquare a great deal of scale in terms of the size of its location data network. That is the name of the game in location intelligence.”

Foursquare’s story is a part of what the evolution of smartphones themselves has allowed marketers to achieve. It is difficult to imagine what online-to-offline marketing, from top-of-the-funnel messaging to measurement, would look like today without Foursquare and the industry it pushed forward.

But … times are changing

Yet Foursquare is not simply riding off into the sunset. Perhaps more than any other kind of consumer information, location data raises urgent questions about what companies know about us, how they are using that information, and whether they are being sufficiently transparent about how often they collect our data and to what ends. Another way of saying this is that location data may well be the bullseye of future data privacy restrictions.

In 2019, then-Foursquare CEO Jeff Glueck called for regulation of the location data industry. He proposed three principles for that regulation: 1) banning location data collection except in cases where apps have a legitimate reason for doing so, 2) requiring greater transparency of location data collectors, and 3) establishing a “do no harm” standard that would hold companies responsible for data stewardship.

Of course, Congress has been slow to act on the issue of data privacy, but state laws, foreign regulation, crackdowns by mobile gatekeepers Google and Apple, and changes in consumer sentiment suggest that collecting and monetizing location data will get much harder going forward. Some location data is going to dry up due to users opting out (consider Apple’s new alerts to mobile users about tracking), and what doesn’t dry up is going to require more transparency to collect and monetize.

The data privacy crackdown, which is in its early days, will not spell the demise of the location intelligence industry, nor of data-driven marketing. But it will lead to even more consolidation as companies join forces to gather and make actionable a smaller available pool of information. It will also create a prime opportunity for privacy and data transparency vendors, who will help companies make sure their practices are above board and that they understand what information they have on hand.

Telling Foursquare’s story in his own words, Crowley is riveting about the challenges the startup faced as it attempted to pioneer the location technologies that it now serves up to most of the Fortune 100:

When we started to hit 1M check-ins a month, we started sketching how we’d build a version of Foursquare that didn’t require a check-in button… it would just “know” where your phone was. This was *outright impossible* back in 2010 — GPS accuracy, battery consumption, background processes running on iOS — but we kept telling our team, “The goal isn’t to make an awesome check-in button … the goal is to create software that can learn from the places you’ve been, no check-in required.” This was our vision — our North Star — and we focused and built our company around making that vision come alive.

It’s a good story — a victory secured against the technical odds, replete with a triumph over larger rivals such as Google or Apple, which may well have copied the startup and cornered it out of the market. But Foursquare’s drive to make check-ins obsolete over the past decade is also a story about the cementation of surveillance — often happening in the background, with less frequent and explicit consumer action — as a key component of data-driven business.

As Crowley steps back, Foursquare has a compelling tale to tell. At the same time, a new, and potentially more ambivalent, act is just beginning.

No One Solution Will Dominate the Cambrian Explosion of Digital Identifiers