Though visual search challengers such as Snapchat and Pinterest could shine in niche use cases such as fashion items, Google will rule as the best all-around utility for visual search. It has the deepest tech stack, and the substance (knowledge graph) to be useful beyond just a flashy novelty for identifying things visually.

Is Google Building an “Internet of Places?”

Use cases will materialize over time, but it’s already clear that visual search can carry lots of commercial intent. Point your phone at a store or restaurant to get business details. Point your phone at a pair of shoes on the street to find out prices, reviews, and purchase info. This proximity between the searcher and the subject indicates high intent, which means higher conversions and more money for Google. Moreover, visual search has the magic combination of frequency and utility, which could make it the first scalable AR use case: making the real world clickable. How Will 5G Unlock Location Targeting?

5G goes far beyond just a speed boost. The quantitative advantages are joined by qualitative factors that will enable all kinds of new consumer use cases and content delivery strategies. This notably includes more precise location tracking/targeting and even some indoor use cases (think: retail). 5G-enabled phones will phase in over the next three years. Then, it’s off to the races.

Mike Boland: A recent and relatively understated development from Google could portend the future of augmented reality. Its previously teased “VPS” was released into the wild for a small set of users. For those unfamiliar, VPS (visual positioning service) guides users with 3D overlays on upheld smartphone screens. Sort of a cousin of AR, this type of experience could represent the sector’s eventual killer apps. Though we’ve seen the most AR success so far in gaming (Pokemon Go) and social (Snapchat AR lenses), it could be more mundane utilities like navigation that engender high-frequency use cases. Several Superbowl ads touched on key themes in local such as multi-location brand advertisers (Burger King) and locally relevant technology like voice search (Amazon Alexa). And of course, there were lots of car commercials—an inherently local product category given the offline shopping component. Last week, location technology company Foursquare announced its new Pinpoint audience segments product. Building from its large corpus of data on places, spatial movements and behavioral patterns, Pinpoint represents the latest in Foursquare’s evolution as the “location layer,” for the internet. We got the chance to sit down with Foursquare CEO Jeff Glueck in San Francisco to find out more. Here is the full interview. Mike Boland: Any entity competing for local commerce—publishers, brands, ad-tech players—has a looming platform choice for voice. Like the platform wars between iOS and Android, it’s a matter of deciding where to apply finite resources and development muscle. Maybe the answer is “both” Google and Amazon. But for now, Google appears to have the lead.

Mike Boland: AR may not play out in the way you think, at least in the near term. Though it’s generally thought of as graphical overlays on your field of view, another “overlay” could be more viable in the near term: sound. This “audio AR” modality could come sooner than—and eventually coexist with—its graphical cousin. Mike Boland: Given the attribution possibilities, its scale, recent delivery partnership with Starbucks, and existing Uber Eats infrastructure, Uber’s move into advertising looks pretty inevitable. Of course, it would have to gain internal competency as an ad company, so look for acquisitions or talent hires (or both) in 2019. And look for more rhetoric about the latest company to challenge the duopoly, this time in a very local way. Retail as a Service: Amazon will Create (and Destroy) with Cashierless Checkout Solution

Mike Boland: The innovation including and surrounding cashierless checkout goes beyond payments to affect a broader set of functions like supply chain, inventory management, and store layouts. It’s like a retail toolkit in a box, with cash-flow friendly pricing, à la SaaS. You may have heard of it: It’s called retail as a service (RaaS), and it could transform the next decade of retail. Amazon will lead the way. What Will AR Mean for Consumer Brands?

What’s driving AR today? And what does it mean for big consumer brands? Our lead analyst Mike Boland tackles these questions in this week’s Road Map column, which delves into the tech giants’ investments in AR and what they mean for the future of XR-driven brand advertising. Will AR Bring Together the Best of Online and Offline Shopping?

Mike Boland: We know about the advantages of e-commerce. There’s more supply, transparency, cost efficiency, inventory (a.k.a “endless aisle”), and the ability to dynamically search and filter product attributes. AR can engender a sort of hybrid UX that brings these features to store aisles. The losers in the next era of retail will be those who try to fight this experiential innovation. 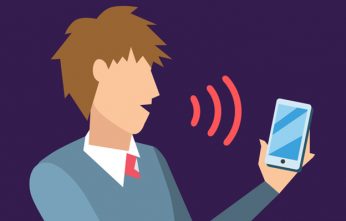 Not All Voice Assistants are Created Equal Questions about AR ownership will be particularly contentious wherever money is changing hands, such as in AR advertising. Courts will face questions such as ownership of digital ad inventory when there are AR overlays on private property (or on other ads). There could be similar gray area in retail & commerce. Will Apple Help Assemble the ‘Internet of Places’?

The AR cloud is the missing piece in the vision we all have for how AR should work. It’s the spatial map of the world that will let AR devices understand their surroundings. Taking this into account, the news that Apple is collecting its own data for Apple Maps may have implications for AR. Online-to-offline (O2O) commerce is one area where AR will find a home. Just think: Is there any better technology to unlock O2O commerce than one that literally melds physical and digital worlds? AR can shorten gaps in time and space that currently separate those interactions (e.g. search) from offline outcomes. According to a recent survey, AR users like what they see, with a whopping 73% reporting high or very high satisfaction. But non-users report explicit disinterest, with the biggest reason being the rather daunting “just not interested.” This presents a big hill for AR app developers to climb.

Is Voice the Future of Local AR?

Visual AR won’t go away and is aligned with several use cases like gaming. But audio could get here sooner and take over a certain share of micro moments like getting informed about people or surroundings. We’re talking local discovery, shopping, and proximity-based social media. What about the non-Googles of the world? How will they create AR and visual search apps that can map environments reliably and return the correct info or graphics? The answer is the still-theoretical but critical AR Cloud. The ABC’s of AR: Always Be Closing

In these early days of augmented reality (AR), we’re learning a lot about consumer behavior and preferences — the same learning curve defined the early days of smartphone apps. One lesson so far is that consumer AR use cases will be fairly limited. It’s not a silver bullet and it’s not for everyone.